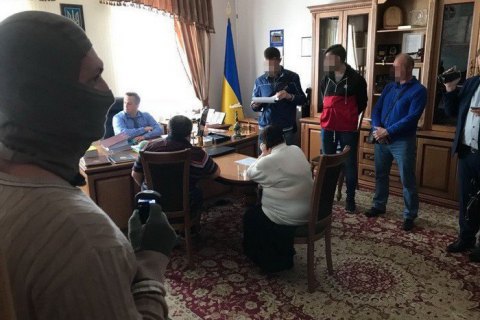 The head and a judge of Dnipro's Kirovskyy district court have offered the head of the Special Anticorruption Prosecutor's Office, Nazar Kholodnytskyy, 300,000 dollars in exchange for closing a criminal case against the judge.

According to the press service of the Prosecutor-General's Office, the judges were detained after they transferred the first instalment of 50,000 dollars.

"It is particularly important that the judge, who is under investigation, committed a new crime although a court placed her under house arrest and she must wear an ankle monitor and must not her native town," the statement reads.

The judges were detained by the Prosecutor-General's Office and the Security Service of Ukraine (SBU) under Article 369 Part 4 of the Criminal Code (offer of a bribe).

Kholodnytskyy did not accept the money.