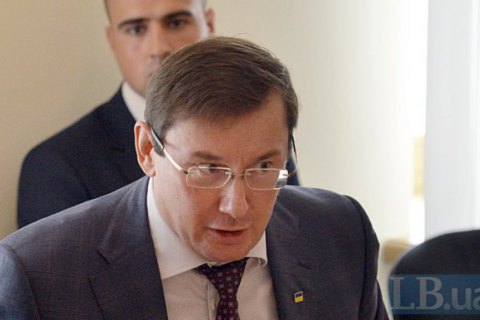 The leader of the Movement of New Forces and former head of the Odesa regional state administration, Mikheil Saakashvili, will not be extradited or arrested, Ukrainian Prosecutor-General Yuriy Lutsenko has said at the 14th Yalta European Strategy Annual Meeting organized by the Victor Pinchuk Foundation.

"As prosecutor-general, I will tell you clearly: Saakashvili will not be arrested in this case. He cannot be extradited from the country for as long as he holds a permanent residence permit or other documents he presented," an LB.ua correspondent present at the forum quoted him as saying.

Those who carried Saakashvili across the border will have problems but will not be arrested. Those who attacked Ukrainian border guards will face a criminal case and will be arrested, he said.

He added that if Saakashvili believes that he was stripped of Ukrainian citizenship illegitimately, he should turn to court.