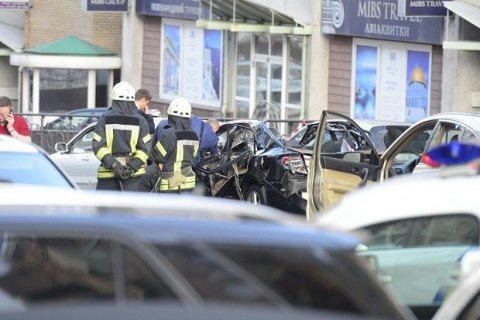 "Version 1. This could be connected to the Russian security forces or even Kadyrov's special services which are quite independent and rather powerful due to their separate financing. They could have done it,” Shevchenko said.

“Version 2 - this could be the result of some score settling among criminals because Makhauri was hardly an example of a law-abiding citizen, he was repeatedly detained abroad and once in Ukraine, this winter," he said.

"Version 3 - this could be some personal issues, revenge or something else," he added.

According to Shevchenko, the case is being treated as premeditated murder committed in a way that was dangerous to the public. However, considering there are two victims – a woman and a boy – gives grounds to qualify it as a terror act.

A car was blown up by an IED in Kyiv on Friday, 8 September, killing Georgian citizen Timur Makhauri and severely injuring a woman who was a passenger in the car. The third passenger, a child, was lightly injured.