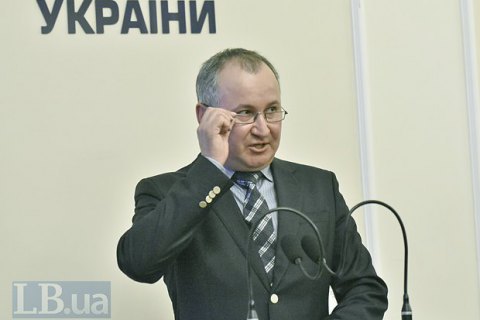 The head of the Security Service of Ukraine (SBU), Vasyl Hrytsak, has suggested that Ukrainian MPs, politicians and public activists should be banned from visiting Russia. He made this statement at a briefing when asked to comment on the introduction of biometric control for Russian nationals entering Ukraine, according to Interfax-Ukraine.

"This will certainly help our work. I support the president's initiative. I would take one step further: I would introduce a legal ban and criminal punishment for visits to the aggressor state by MPs, politicians and public activists," he said.

The president's decree introducing border biometric control for foreigners, including Russian nationals, as of January 2018 was published in the Uryadovyy Kuryer government newspaper and thus came into force.