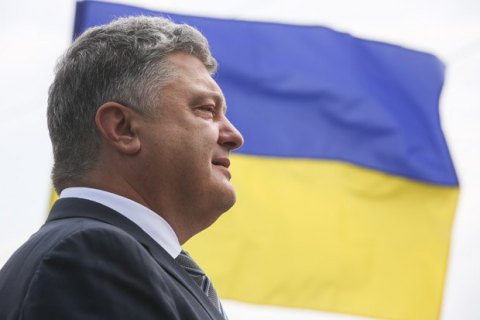 President Petro Poroshenko has said in his Independence Day speech that Ukraine has finally broken away from the "evil empire".

"On 1 September, in exactly one week, the agreement [on association with the EU] comes into force and becomes a roadmap of reforms for us. We have one path, a wide Euro-Atlantic motorway which leads to membership of the EU and NATO," Poroshenko said.

"The association agreement and visa-free travel are the most persuasive evidence of our final – de fact and de jure – secession with the empire which Ronal Reagan once called the evil empire. I hope that US Secretary of Defence James Mattis present here can prove the quote to be correct, while we, Ukrainians, can vouch for the accuracy of the definition because we have experienced it ourselves," he said.

In the spring of 2017, President Petro Poroshenko said at the European People's Party congress in Malta that Ukraine seeks to join the EU as soon as possible.