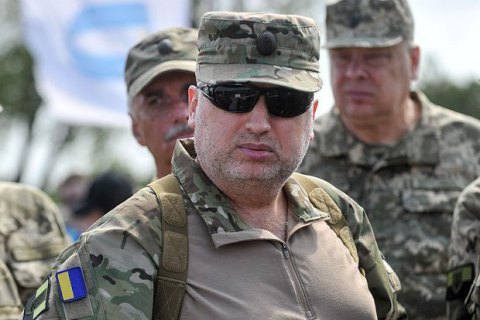 Russia will use the scheduled joint large-scale command-and-staff exercise Zapad-2017 (West-2017) with Belarus as an opportunity to check its preparedness for a big war for NATO member states, the secretary of the National Security and Defence Council of Ukraine, Oleksandr Turchynov, has said in an article "Zapad-2017 – reality and threats".

He recalled that the exercise would be held on almost the entire European part of Russia's territory. Apart from the army, it will involve the Russian Guard, the Interior Ministry, the Federal Security Service (FSB) and the Emergencies Ministry. The true number of all participants will reach 230,000-240,000, there will be over 10,000 pieces of combat hardware, around 100 aircraft, around 40 ships and submarines.

"Not just the Russian Armed Forces are preparing for a big war but the entire Russian state, which includes corresponding expenditures in money and resources. Thus, during the Zapad-2017, the Kremlin will be checking how the Russian Armed Forces and the state as such are prepared for a big war with the West. Amid the difficult economic situation which pushed the Kremlin to even cut military spending from the Russian state budget, such large-scale exercises cannot be a simple combat training event. On the contrary, the Russian military and political leadership is displaying its commitment to tough response to any attempts by NATO/USA to use force against the Kremlin's next military gambles in the post-Soviet space. Since the public-political and social-economic model of modern Russia is hardly attractive and its economic potential is increasingly more limited, the Kremlin wants to use 'the last argument of kings', that is military force. So, in the defined military prospect, one cannot rule out new attempts of Russian military interference in Ukraine, Belarus, South Caucasus and Central Asia," he said.

Seeing Zapad-2017 as Russia's next step to escalate confrontation in Europe, Turchynov said that it requires very strong response from Ukraine and the West.