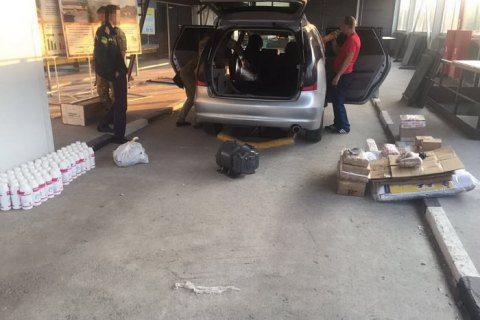 The Security Service of Ukraine (SBU) has tracked down a channel using which refurbished units and parts of military transport aircraft were smuggled from Kharkiv Region to Russia, the SBU press service has said.

Criminals used businesses registered in Russia and Ukraine accepted orders to refurbish military aircraft parts from Russian legal entities some of which were blacklisted in Ukraine. They also supplied new spares to Russia. According to the SBU, they also used fake firms for these purposes.

The suspects were detained at the border when they were smuggling another batch.

The detainees face a fine from 1,700 to 3,400 (66.7-133 dollars) or up to three years in prison for violating the procedures for export of materials and technologies for making weapons.