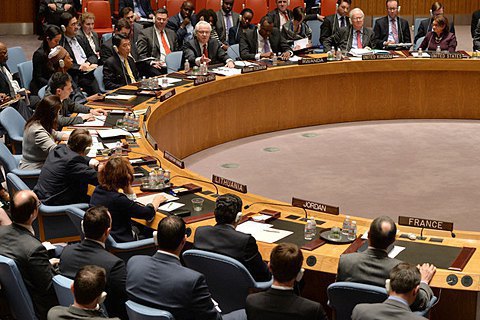 Ukraine is ready to prove that it was not involved in the North Korea rocket programme at a UN Security Council meeting, the press service of the Ukrainian president has said.

Poroshenko was debriefed about the findings of the working group on the verification of the New York Times's 14 August article alleging that Ukraine had transferred missile technology and rocket engines to North Korea.

“Taking into account the findings of the commission, I instruct the Foreign Ministry of Ukraine to form a group of experts and initiate a discussion on this issue at a closed meeting of the UN Security Council. In addition, it is necessary to make public the conclusions of the working group and interdepartmental commission, as well as to inform our international partners about the findings and initiate a similar investigation by the countries concerned. First of all, the Russian Federation should demonstrate the same transparency," Poroshenko said.

Following an investigation into the New York Times allegations, the working group suggested that they were instigated by Russia "to provide an information cover-up and divert international attention from Russia's possible participation in the implementation of North Korea rocket programmes".