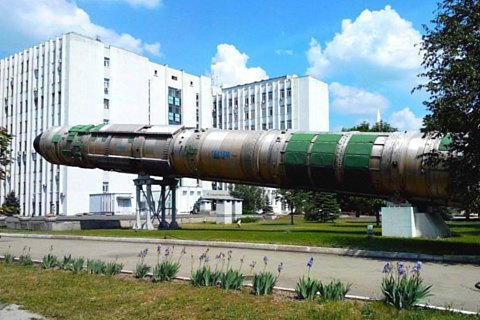 A working group instructed by President Petro Poroshenko to check the allegations of rocket engine supplies to North Korea has absolutely ruled out Ukraine's involvement in the design of ballistic missiles by North Korea.

The working group led by Secretary Oleksandr Turchynov was published on the website of the National Security and Defence Council.

The check revealed that the system of state export control in Ukraine rules out the transfer of military-purpose or dual-purpose goods to countries subject to sanctions by the UN Security Council. Over the years of independence, the State Export Control has not permitted any such supplies to North Korea, in particular RD-250 rocket engines, their modifications and components.

This engine was designed by the Russian company Energomash. In 1965, it shared the designs with the Pivdenne (Yuzhne) design bureau and Pivdenmash (Yuzhmash), both based in Ukraine's Dnipro, in order to set up batch production. However, all rocket engines manufactured in Ukraine were sent back to the Russia Soviet republic and then to Russia within finished rockets only. Ukraine has not manufactured the RD-250 rocket engines or their modifications since 1991. Pivdenmash disassembled the line for their production in 1994. Since then, Ukraine has not had capacity for the manufacturing of these engines.

Thirty RD-250 rocket engines and 10 RD-262 rocket engines, which were manufactured before 1991 and were stored at Pivdenmash's warehouse, were used to assemble 10 Tsyklon-3 carrier rockets which were sent to Russia from 1992 to 2008.

All designs, technical and other documents are kept in special offices, as confirmed by law enforcers. Unauthorised access is ruled out.

The working group suggested that the New York Times article on 14 August was instigated by Russia "to provide an information cover-up and divert international attention from Russia's possible participation in the implementation of North Korea rocket programmes".