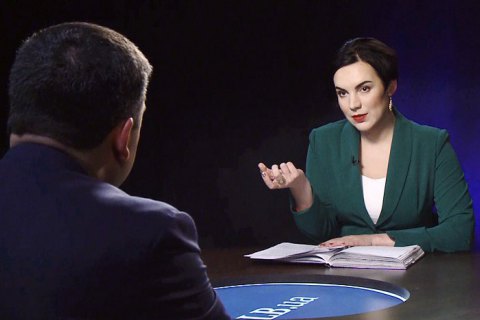 After two years of successful cooperation between the news and analysis portal LB.ua and TV Channel 24, Sonya Koshkina's Left Bank show is coming to an end."These were two very vibrant years during which Channel 24 general producer Roman Andreyko and I put all our ideas into reality," show presenter and LB.ua editor in chief Sonya Koshkina said.

The show first went on the air in June 2015 as a platform for sharp and substantive evening dialogue. Koshkina's guests were top decision makers and public influencers. Unlike other shows, this studio talk format never had any "speaking heads" or "random" guests.

For many of them, it was the first interview after their appointment, a period in career or return to publicity.