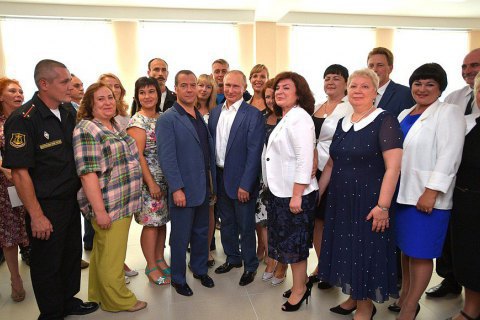 The Ukrainian Foreign Ministry has described the visit to Sevastopol by a Russian delegation headed by President Vladimir Putin as an act of defiance of international humanitarian law.

It said in a statement that Crimea and Sevastopol have been and will be an integral part of Ukraine within its internationally recognized borders.

A protest note to this effect was sent to the Russian Foreign Ministry.

Putin came to Sevastopol on 18 August to visit a new secondary school, according to the Kremlin website.