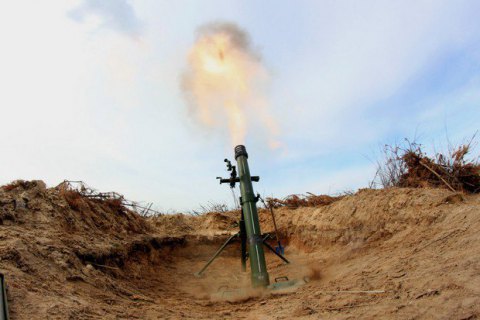 Pro-Russian militants have launched 35 attacks against the positions of the Ukrainian government forces over the past 24 hours, the antiterrorist operation (ATO) HQ press service said in its morning update on Facebook on 17 August.

As a result, one Ukrainian serviceman was killed and four were wounded in action.

The hottest fighting was observed in the industrial area of Avdiyivka at night, where the militants attacked the ATO positions five times using mortars and grenade launchers. The ATO troops returned fire.

"Yesterday, violating the ceasefire during the work of representatives of the International Committee of the Red Cross, Russia-supported militants opened fire on civilian houses in the village of Zaytseve, which is in the Donetsk sector. A fire broke out almost immediately. The Ukrainian military, who came to help the locals put out the fire, came under militant fire," the HQ said. The Ukrainian military did not return fire in the area.