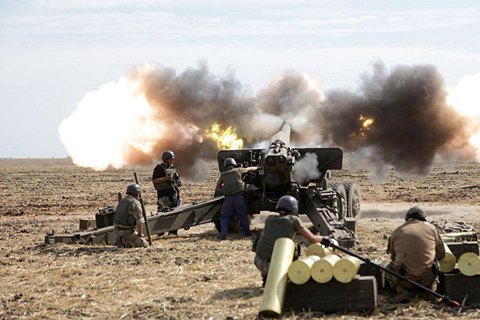 Pro-Russian militants launched twice as many shooting attacks against the Ukrainian positions as in yesterday, the antiterrorist operation (ATO) HQ press service said in its evening update on Facebook on 14 August.

"During the day, the situation in the ATO area remain tense but controllable by the Ukrainian army," it said.

As for several days now, it was the "hottest" in the suburbs of Avdiyivka, where the militants used mortars, grenade launchers and small arms. The ATO forces actively returned fire to kill.

The ATO positions near Luhanske and Verkhnyotoretske were also attacked.

In the Mariupol sector, the militants fired at least 10 120-mm mortar bombs near Maryinka and Krasnohorivka.

Two Ukrainian servicemen were wounded as a result of a grenade attack near Hnutove at around 7 a.m. Kyiv time.

The militants again fired with heavy machine guns on civilians hpuses in Maryinka. No-one was hurt, the damage is being assessed.

Despite "permanent engagements", Ukrainian bomb disposal experts have cleared over 60 hectares of land of nearly 1,000 explosive devices over the week.