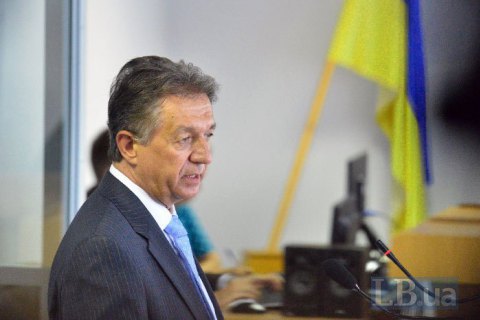 Viktor Yanukovych's request to Russian President Vladimir Putin to use the Russian Armed Forces to restore the "constitutional order" in Ukraine was not simply read out by Russia's representative to the UN, Vitaliy Churkin, at the UN Security Council meeting. Russia has granted this document an official status, Ukraine's former representative to the UN, Yuriy Serheyev, has said, according to Interfax-Ukraine.

"Yanukovych's request was not just read and displayed. The same morning the Russian Federation gave it the status of an official document of the UN Security Council, there is such a procedure," Serheyev said in Kyiv's Obolonskyy district court where he was interviewed as a witness in Yanukovych's high treason case.

The diplomat said that Yanukovych's letter to Putin was distributed among the UN Security Council members for familiarization.

At a meeting of the UN Security Council on 3 March 2014, Churkin displayed a copy of Yanukovych's letter to Putin in which he asked Russia to send in troops to Ukraine. Serheyev represented Ukraine at that meeting.

Prosecutors believe that on 1 March 2014, while staying in Russia, Yanukovych committed an act of high treason when he wrote a letter to the Russian president asking him to use Russian troops on the Ukrainian territory. As a result, Ukraine lost Crime and state-owned property worth over 1,080bn hryvnyas.

He is suspected of high treason, aiding and abetting of separatism and collusion for an aggressive war.