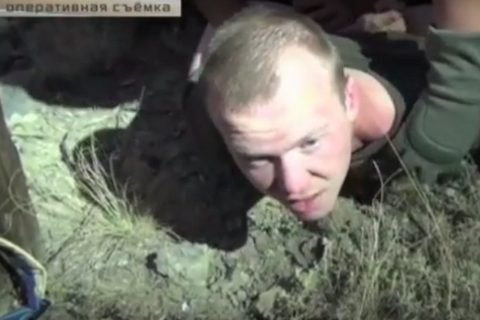 The Russian Federal Security Service (FSB) has said that on 12 August, it detained Ukrainian national Hennadiy Lymeshko when he was trying to damage a power transmission line, Sudal-Novyy Svit. The FSB said he is "an SBU (Security Service of Ukraine) agent sent to Crimea to carry out sabotage".

The FSB said that he carried two TNT type-200 TNT blocks, a fuse and a trigging device, an RGD-5 grenade, canisters with fuel, a handsaw (allegedly to saw off a pylon) and a digital camera "to document his subversive activities and later report to his SBU supervisors".

A Russia-controlled district court in Simferopol arrested Lymeshko until 13 October 2017 on charges of illegally producing explosives and explosive devices.

The SBU has described Lymeshko's detention as "yet another provocation" by the Kremlin.

"We believe that the Russian special services need such fake reports to intimidate the population of the peninsula that increasingly more often expresses its discontent with the occupying authorities," the SBU said in a statement.

Lymeshko was a contract serviceman in one of the units of the Ground Troops of the Ukrainian Armed Forces from November 2016 to May 2017, Interfax has quoted the army's public relations department as saying.

He was dismissed over systematic misbehavior, it said.