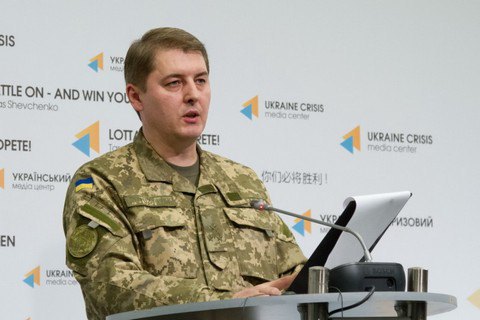 The Ukrainian Armed Forces have sustained no losses in the antiterrorist operation (ATO) area in Donbas, the Defence Ministry's spokesman, Oleksandr Motuzyanyk, said on 2 September.

"The intensity of hostilities along the line of contact remains on the low and average level," he said.

The ATO HQ registered a total of 20 shooting attacks by pro-Russian militants on 1 September.

Earlier, the OSCE said that the intensity of shooting in Donbas does not give a ground to say that the so-called "school ceasefire", which was declared as of 25 August, is observed.

The press service of the Stanytsya Luhanska District state administration said on Facebook that a local woman got wounded by a tripwire bomb blast on 1 September. She was admitted to hospital.