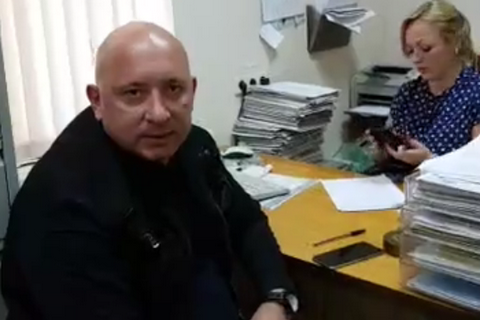 David Saakashvili, brother of the former Georgian president and Ukrainian ex-official, Mikheil Saakashvili, has left Kyiv's Pecherskyy district office of the Migration Service where he was taken by police on the morning of 2 September, his friend and former Deputy Prosecutor-General David Sakvarelidze has said. "He went home because no detention report was drawn on him," he said.

According to Interior Ministry spokesman Artem Shevchenko, the Migration Service cancelled David Saakashvili's residence permit in March 2017 after it was informed by the State Employment Service that his work permit had been cancelled.

"Back then the foreigner was duly informed of the absence of grounds for his residence in Ukraine. He did not leave in our country in due time and has been staying here illegally," Shevchenko said. He also suggested that the Georgian ex-president's brother was to be deported.

Mikheil Saakashvili, who was recently stripped of Ukrainian citizenship, condemned his brother's detention as an attempt to put pressure on him so that he dropped plans to return to the country.

Previously, he repeatedly shared plans to come to Ukraine on 10 September.