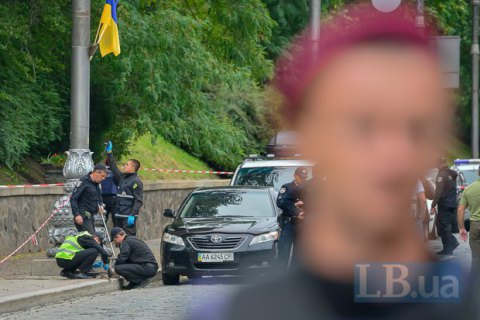 Prosecutor-General Yuriy Lutsenko has said that the explosive which detonated in Kyiv's Hrushevskyy Street on 24 August and wounded three persons was to target servicemen.

Talking to journalists the next day, he said that the device was hurled to hit a car carrying Ukrainian Armed Forces servicemen. It bounced back from the side of the car, exploded and seriously wounded several civilians who happened to be relatives of Hero of Ukraine sniper Valeriy Chybineyev.

He expects the experts' conclusions by Monday, 28 August.

The case is being investigated as attempted murder.