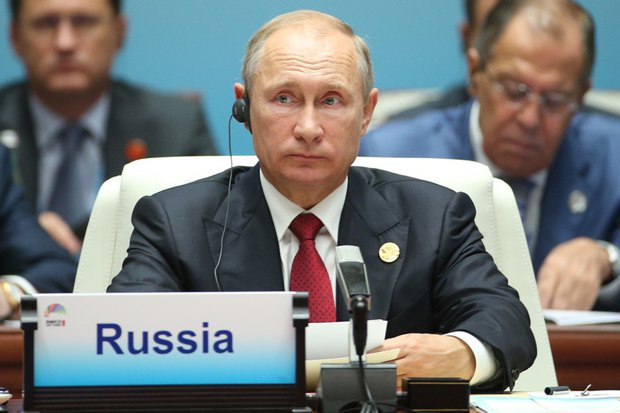 Putin's statement on a UN peacekeeping mission in Donbas has received considerable media attention (and it was justified). However, further interpretations of his actions were different.

Some experts in Ukraine saw this as a complete "betrayal" and therefore recommended that the Ukrainian authorities "lose no time" and take action. Others have criticised Ukrainian diplomats and President Poroshenko in person for the initiative they once showed, having put the issue of "peacekeepers" on the agenda at all a couple of years ago - they say, now Putin has seized the initiative.

A similar opinion was also expressed in Russia. Its mainstream mass media and TV pundits went for a traditional "Putin outplayed them all."

However, there were some who pointed out the inconsistency of the Russian policy.

Of course, the way Putin sees it, UN peacekeepers should further consolidate the status quo of the occupied areas under the actual control of the Russian Federation, although they are part of Ukraine. Boris Gryzlov confirmed this later: "The deployment of the UN contingent along the line of contact in Donbas will become real only after Ukraine introduces the fundamentally important amendments to the law on the special status of Donbas. These amendments should be agreed by the contact group."

But what is important here is the fact that the Kremlin agreed to the deployment of a UN peacekeeping mission - this is a real sensation and victory, albeit an intermediate one. After all, Ukraine together with the international community managed to actually drive the Kremlin into a corner, Putin faltered and accepted a solution to the conflict which involves a UN peacekeeping mission in Donbas.

And although he presented it as a way of asserting Russian influence, it opens a new path for Ukraine and the West: to further press the Kremlin by forming an adequate, internationally acceptable format of this mission. "Together with our French partners in the Normandy format, we will soon develop the concept of how we see the mandate of the 'blue helmets' in view of the discrepancies between Ukraine and Russia," German Foreign Ministry spokesman Martin Schaefer said. 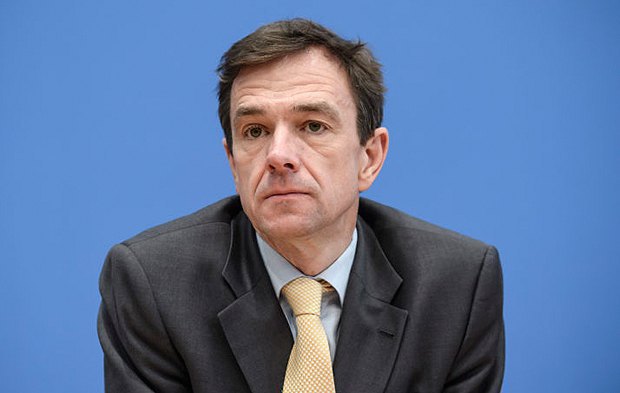 The way to further "force Putin to peace" will essentially remain the same - international pressure on Russia (all sorts of sanctions) coupled with counteraction to the Kremlin's attempts to change the political situation in a number of key countries.

After all, Putin's hopes for new French and American presidents, who would be more loyal to Russia, did not come true. What is more, these fledgling leaders regularly come up with anti-Russian statements and initiatives. And the German election, as it is already obvious, do not bode well for Moscow either.

In parallel, there are international anti-Russian sanctions in place and more are in the pipeline. Russia is increasingly finding itself in the global economic and political isolation, having been kicked out of G8 and standing next to Iran and North Korea on the "axis of evil".

In the meantime, Ukraine is not "falling apart" for some reason and, on the contrary, demonstrating development and growth. Therefore, world political support and public opinion is unequivocally on the side of Kiev.

Apparently, Moscow has realised that time is working against for Putin (which is very inappropriate on the eve of the 2018 presidential election). And Putin's public statement about peacekeepers opened a new stage in the negotiation process.

Initiative is not punishable

It is worth recalling that the initiative to deploy UN peacekeepers to Donbas belongs to Petro Poroshenko, who put it forward in February 2015, and that it was put into a resolution of the National Security and Defence Council of Ukraine. After that the corresponding application was sent to the UN secretary-general.

Then the topic somewhat disappeared from the news agenda (but not from the working one) until it was resurrected in the summer of 2017. In particular, Poroshenko raised the issue of UN peacekeepers during his 24 July telephone negotiations in the Normandy Four format with France's Emmanuel Macron, Germany's Angela Merkel and Russia's Vladimir Putin. Next time this issue was discussed at the talks in Kyiv with US Secretary of Defence James Mattis on 24 August. 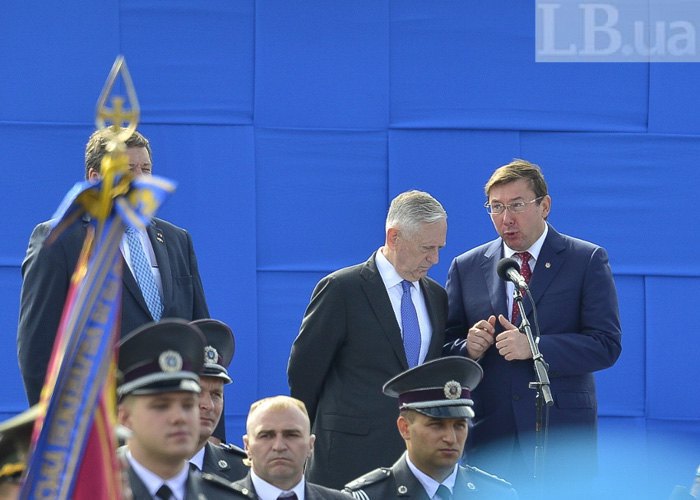 
By the way, US special representative for Ukraine Kurt Volker (who visited Kyiv on the eve) also raised this issue at a meeting with Vladislav Surkov in Minsk.

Threrefore, Putin's statement on a UN peacekeeping mission is in support of the initiative of the president of Ukraine (although with some reservations so far, which however have no chance of practical implementation).

"For the time being, we can only say that in this case, Russian diplomacy is trailing behind the Ukrainian one, while generally accepting its agenda and hoping to gain something in small matters. This is a natural stage of a three-year absence of one's own ideas," Russia's Political News Agency said about the situation.

Interestingly, not everyone in Moscow shares the Russian president's position on UN peacekeepers in Donbas because it radically reverses the line of conduct that Russia has been building over the past three years.

After all, when peacekeepers from some remote exotic country come to the Donetsk steppes (Moscow would object to NATO countries' involvement while Kyiv would not agree to CIS peacekeepers), Kremlin propagandists will at least have to explain the locals what the war was for: dozens of thousands were killed, wounded, crippled and orphaned, houses and industry were destroyed - why, if the "Russian world" is no longer here anymore? And how would one admit that the last nail in the coffin of the "Russian world" was hammered by Vladimir Putin?

Read: Malorossiya as an example of ideological war against Ukraine's integrity

Therefore, some people in Moscow would very much like the military expansion to Ukraine, which was started in 2014, to continue. For some, this means the return of their lost positions in the system of Russian power. For others, the strengthening of their stand. For others, simply a physical return to Ukraine, at least in the train of Russian troops. However to put this scenario to life, they need to provoke Kyiv to be the first to launch large-scale military operations. This would responsibility from Russia and help it prevent further isolation. 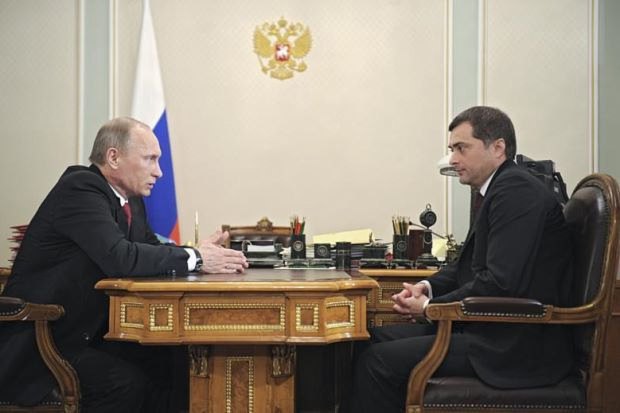 What is more, even in the inner circle of the Russian president, disagreements over the future resolution of the conflict with Ukraine became visible. In particular, Putin's aide Vladislav Surkov on 1 September urged his colleagues in the Normandy Four that "there can be no peacekeeping mission at all, never". But mere two days later (on 4 September) Putin publicly announced his consent to a peacekeeping mission! That could mean: Surkov was either pushed out of business altogether, or he still has the job but it now involves technical tasks and his counsel no longer has any effect on the decisions taken by the Russian president.

But since the devil is in the detail, the main thing now is to get the international community to accept the Ukrainian version of a UN peacekeeping mission. As I have said above, Germany and France, taking into account the differences between Ukraine and the Russian Federation, will develop the concept of a vision of a UN peacekeeping mission in Donbas.

At the same time, there are several "red lines" which Kyiv is not going to cross:

By the way, the statements made by our Western partners confirm that they share Ukraine's position with regard to the last clause. For example, Kurt Volker said that "for the US government there is no difference between Donbas and Crimea, in both cases it is illegal aggression, occupation. In the case of Crimea, Russia announced its annexation which we do not recognise and will never recognise. " 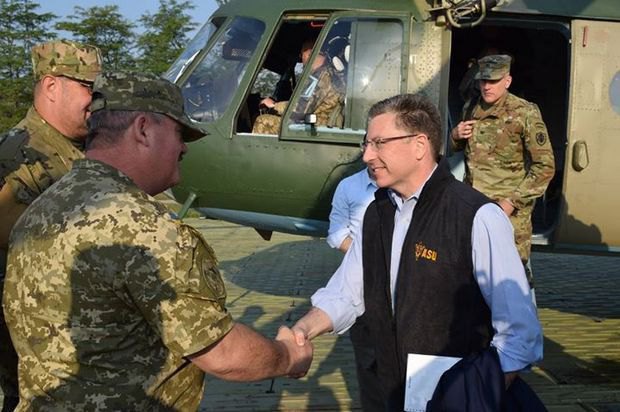 Yes, and the reaction of the international community to Putin's peacekeeping statement once again confirms that Russia is considered a party to the conflict, no matter how much Russian politicians and their pocket experts deny it.

For example, German Foreign Ministry spokesman Martin Schaefer said that "the practice of involving separatists in the negotiation process on peacekeeping in this or that region is unacceptable and unknown to the UN".

And German deputy government spokesperson Ulrike Demmer said that if a UN peacekeeping mission is approved to go to Donbas, the "blue helmets" will need to be deployed across the entire area of the conflict, not just along the contact line.

Kyiv, on the other hand, continues efforts to promote and strengthen its position on peacekeepers in Donbas. After Russia sent its resolution to the UN, Ukraine also handed over its position on the peacekeeping contingent to the UN secretary-general.

In addition, Peter Poroshenko is going to raise this issue at the 72nd UN General Assembly (tentatively from 18 to 21 September) both in public speeches and during meetings with politicians, the expert community, and the media.

Thus, the proposal for a peacekeeping mission in Donbas in Putin's interpretation, given the current situation the world, has no chance of getting support.

However, there is one weak link in this construction, that is Putin himself. After all, the value of the Russian leader's promises has long been known. Therefore, it cannot be ruled out that Putin, as the owner of his word, can take it back. As they say, not the first time.