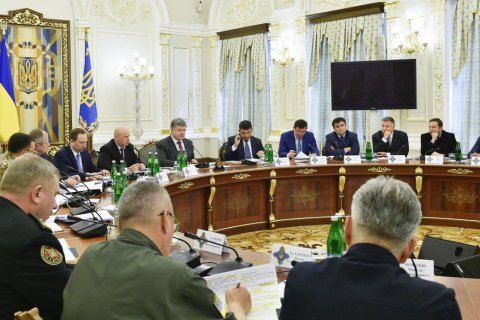 The National Security and Defence Council (NSDC) has approved its secretary Oleksandr Turchynov's proposal to increase defence spending in 2018 up to 163.268bn hryvnyas(6.258bn dollars).

Priority funding will go towards developing new arms and weapons, including high-precision missiles and artillery, armoured vehicles and ammunition; creating and manufacturing ammunition and special chemicals.