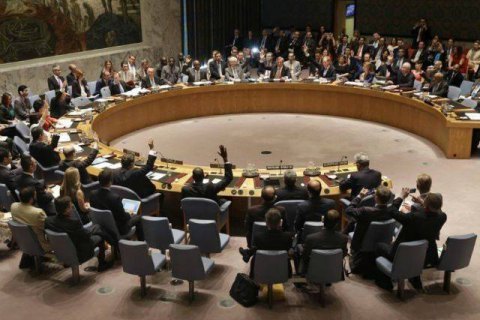 "Pence and Poroshenko made their speeches, the Ukrainian president then left the hall. Pence went out several minutes later," the statement reads.

According to the agency, the Russian delegation was in the hall when Poroshenko was speaking, however Lavrov was absent.

In his speech, Lavrov suggested the EU and the OSCE can cooperate within the Russian initiative to deploy a UN mission to Donbas to protect the OSCE Special Monitoring Mission.

President Poroshenko called on the UN Security Council to send peacekeepers to Ukraine the sooner the better.