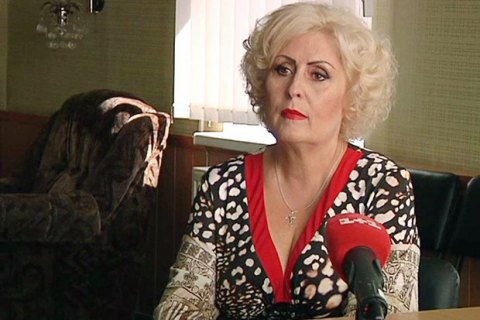 Dubovyk added that Shtepa must stay at her registered residence place in Slovyansk, Donetsk Region and wear an ankle monitor.

Prosecutors insisted that Shtepa must stay in custody because law foresees no other pre-trial detention for those who are suspected of encroachment on the territorial integrity of the state.

Shtepa was detained on 11 July 2014. She is suspected of encroachment on the territorial integrity of the state and participation in a terrorist group. In court she said that that had to call on Russian President Vladimir Putin to deploy troops to Slovyanks because she was under the pressure of terrorists, she was beaten in captivity, and that she was interviewed by Russian mass media "at gunpoint".

She risks spending life in prison.

On 15 September, the European Court of Human Rights inquired about her health as she constantly complained about feeling unwell.