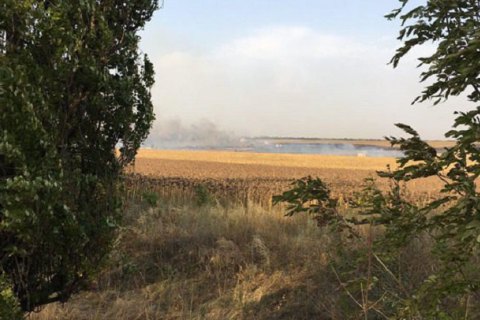 A fire on a farmland near the village of Maloyanysol, 45 km from Mariupol, spread to an arms depot nearby causing detonations, the Defence Ministry has said.

A firefighting tank was used to extinguish the fire.

Around 30 persons from private houses located in the area were evacuated.

A staff was set up to investigate the incident and deal with its consequences.