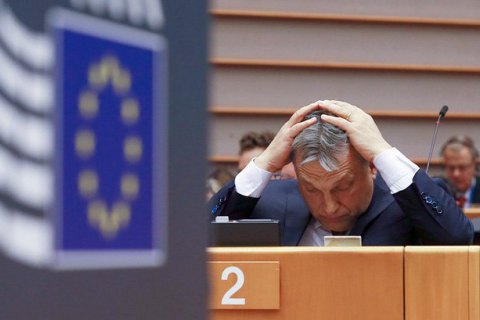 However, the Hungarian military took it without much criticism.

Besides, according to their conclusions, first, Hungary's physical interference in the situation in Transcarpathian Region would have unpredictable consequences for the country.

Second, the current combat capacity of the Hungarian armed forces would not allow them to carry out any force actions as the majority of combat units would not be able to move out of their units with their equipment.

The only possible option is for Hungary to set up stations for refugees from Ukraine "who suffered from anti-Hungarian actions of the central authorities". By the way, it tested this option during the active phase of the Revolution of Dignity in 2013-2014.

As reported earlier, Hungary promised to "deal a painful blow to the future of Ukraine" after President Petro Poroshenko signed the law "On education". Hungarian Foreign Minister Péter Szijjártó said that Hungary would block any Ukrainian initiative aimed at European integration and within the Eastern Partnership project.

The head of the Ukrainian parliamentary committee on foreign affairs, Hanna Hopko, said Hungary's threats stemmed from "warm relations with Putin's regime" and a low political culture of politicians in Budapest.