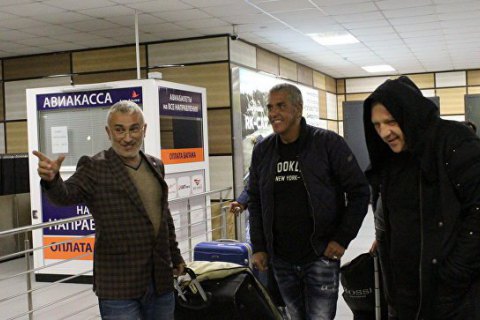 A French movie star known for his leading act in Luc Besson’s "Taxi" saga Samy Naceri has arrived in the Russian-occupied Crimea to take part in a “Peace Forum” held in the Black Sea resort of Yalta, UNIAN has quoted the Russian news agency RIA Novosti as saying.

Naceri flew to the occupied peninsula from Moscow, along with his friend, French singer Mourad Bouraoui, despite international sanctions imposed on Russia, according to RIA Novosti. A so-called "Peace Forum" is held by a World Charitable Alliance "Peacemaker".

"We, Samy and I, wanted to come to you, to Crimea. We are not afraid of sanctions, we love your country, Russia, that's why we are here today," Mourad Bouraoui told reporters at the Simferopol Airport.

Visiting Crimea beyond the established border checkpoints, that is without proper control procedures carried out by Ukrainian border guards, is a punishable offence under Ukrainian law.