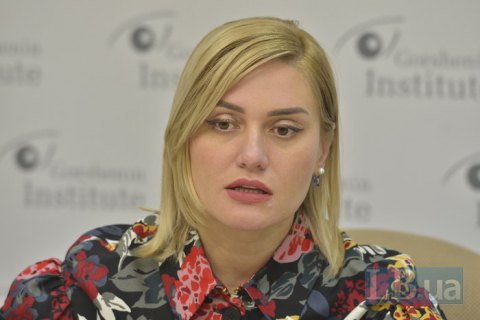 The Prosecutor-General's Office has been investigating Self-Reliance MP Tetyana Ostrikova for tax evasion (Article 212 Part 3 of the Criminal Code), according to the files of the Kyiv Pecherskyy district court. A pre-trial investigation established that in 2015, Ostrikova declared 180,000 dollars, 20,000 euros and 1.2m hryvnyas in cash, 1.7m hryvnyas in bank accounts. In 2016, she declared 650,000 hryvnyas, 165,000 dollars and 16,000 euros, as well as 3.2m hryvnyas in bank accounts.

In 2014, she was paid interest by Karpaty-Invest Asset Management Company. However, her income statements for 2015-16 mention no securities or corporate rights on which she could be paid interest.

According to available information, from 1998 to 2015 Ostrikova earned 3.9m hryvnyas.

A court partially upheld the prosecutor's request granting him access to the MP's income statements in 2015 and 2016.

The MP brushed off the case as a regrettable misunderstanding and denied tax evasion.

"I never won a lottery, I did not inherit anything from my granddads, I was always in business and paid taxes in honest. I think a regrettable mistake took place and I will help the Prosecutor-General's Office to sort it out tomorrow," she said.