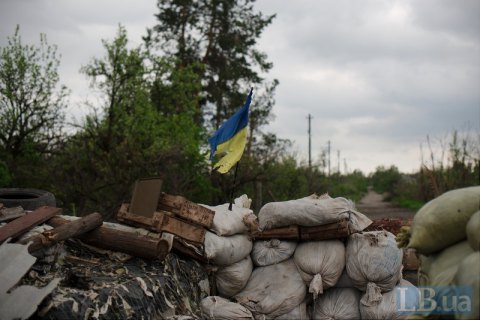 One Ukrainian serviceman was wounded as a result of a separatist mortar attack near the village of Zaytseve in Bakhmut District of Donetsk Region, the antiterrorist operation (ATO) HQ said in its evening update.ATO positions in the area came under tree attacks with 82-mm mortars and infantry weapons.

Engagements took place near Shyrokyne and Vodyane in the Mariupol sector, near Novooleksandrivka and Luhanske in the Luhansk sector.

Eleven enemy attacks have been registered since the midnight.

Two Ukrainian servicemen were wounded in Donbas on 10 November.