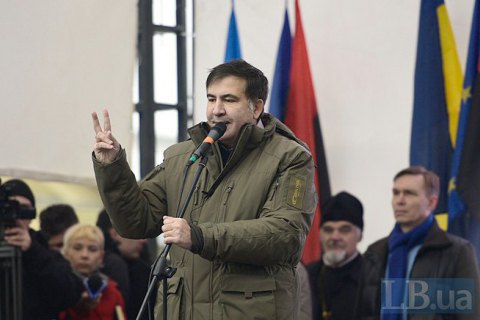 The former Georgian president and leader of the Ukrainian Movement of New Forces, Mikheil Saakashvili, has threatened with a "people's impeachment" as of 3 December unless parliament passes the bill on the establishment of an anticorruption court and on the cancellation of parliamentary immunity from prosecution.

He said this in a speech outside parliament in Kyiv, according to Ukrainian News.

"If they do not vote, I suggest we begin a people's impeachment as of 3 December," he said.

He did not explain what "people's impeachment" means.

He also called for a march in support of the bills on an anticorruption court and presidential impeachment on Kyiv's Mykhaylivska Square on 12 November.