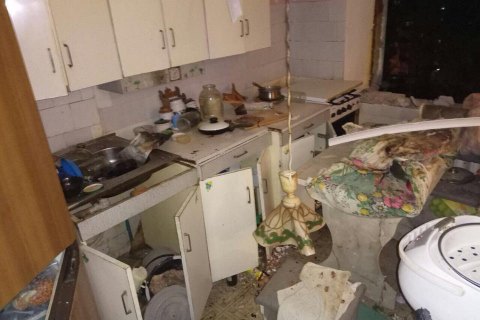 A blast rocked an apartment building at 35, Donetska Street in Kyiv at around 9.30 p.m. According to preliminary reports, it was caused by a gas leak.

Sources told LB.ua that the blast was caused by an attempted suicide. One person was killed and one wounded.

State Emergencies Service spokesperson Svitlana Vodolaha said that one woman was rescued while one was found dead. It is not clear whether she died of the explosion or before it happened, she added.

The National Police confirmed that one woman was killed by the gas blast and another one was admitted to hospital.