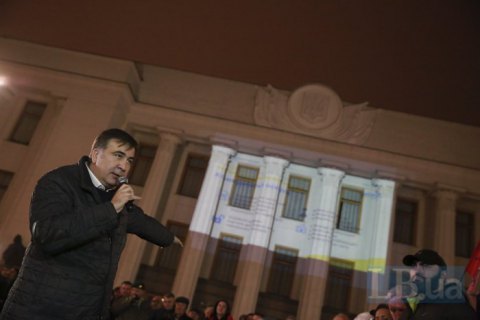 The State Migration Service has again refused to consider an asylum request filed by the former Georgian president and leader of the Ukrainian Movement of New Forces, Mikheil Saakashvili. He sought the status of a refugee or a person requiring additional protection, his lawyer Markiyan Halabala said.

"We received the documents from the Migration Service today. They did not turn down a request for additional protection, they refused to accept the application," he said.

The State Migration Service said there were no grounds for granting this status.

Halabala said that they would certainly appeal.