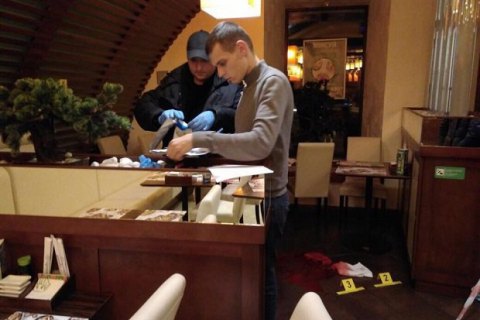 A shootout took place in a Japanese café in Kyiv's Pecherskyy district (44, Yevhen Konovalets Street). According to preliminary reports, a man with a gunshot wound to the head was admitted to hospital, the Kyiv police have said.

"A call was made to 102 at 7.37 p.m. to report a conflict among four unidentified individuals in a restaurant in Yevhen Konovalets Street in Pecherskyy district. In the heat of the moment, a Caucasian-looking man took out a weapon and opened fire. As a result, the victim was wounded in the head: he was hospitalized in a grave condition. The perpetrators fled," police said.