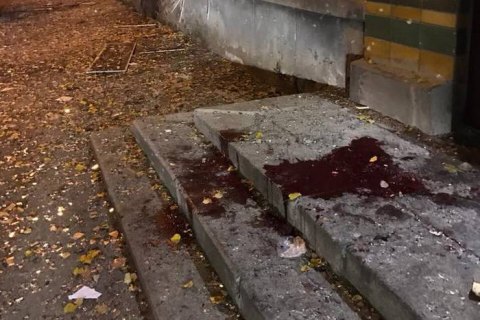 One person was killed by a blast outside the office of Espreso TV in Kyiv, local police spokesperson Oksana Blyshchyk has said.

"According to preliminary reports, emergencies picked up four injured persons. Doctors said one of them died on the way to the hospital. It is unclear how the others are doing," she said on Facebook.

A bomb went off outside the office of Espreso TV in Kyiv's Mitskevich St at 10 p.m. local time on 25 October as Mosiychuk and Bala were leaving the channel after a late-night show.

It is currently known that Radical Party MP Ihor Mosiychuk, his guard and the director of the Situation Modeling Agency, Vitaliy Bala, were injured by the blast. The fourth person has not been named.

Mosiychuk was admitted to hospital with multiple shrapnel wounds. He was conscious when he was being put into an emergency, Red Cross staff member Taras Lohinov told 112 Ukrayina TV.

"His name was Ruslan. Eternal glory to a courageous man! Sincere condolences to his family," he said on Facebook.