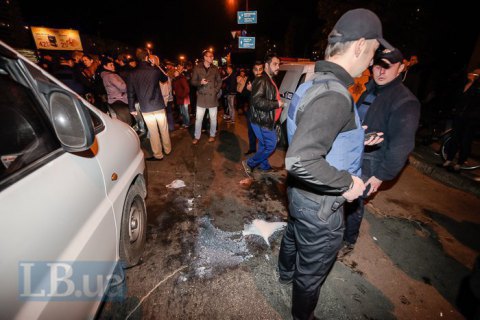 A protest by around 300 activists and local residents of Kyiv's Poznyaky neighbourhood evolved into clashes with police late on 4 October. The protesters destroyed a filling station in Revutskyy Street and put up resistance to police by throwing eggs, tyres and construction rubble.

Police reinforcement was called in after a patrol was encircled by the protesters. Police reportedly used tear gas.

At least several people were hurt in the clashes, including Kyiv councilor Oleksiy Novikov and an underage protester.

Local residents consider the filling station to be a hazard, including to the nearby Sonyachne lake and several education establishments located in the area.