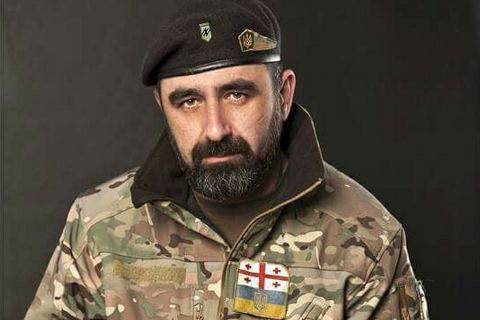 The Georgian volunteer fighter known as Gyurza-2 was killed in the area of Donetsk airport on the morning of 31 October, according to a Facebook post by former Georgian army officer Irakli Kurasbediani, who is also fighting alongside the Ukrainian army in Donbas.

Former Georgian President Mikheil Saakashvili said the killed soldier's name was Georgiy Saralidze and that he was in charge of a scout team.

Saralidze fought in the war in Abkhazia and Samachablo (South Ossetia).

In Ukraine, he first joined the Right Sector and Azov volunteer units but later signed a contract with the 57th brigade of the Ukrainian Armed Forces.

The antiterrorist operation HQ reported that one serviceman was killed and one wounded this morning as a result of a separatist attack with a heavy machine gun and small arms on an ATO strongpoint near Opytne.