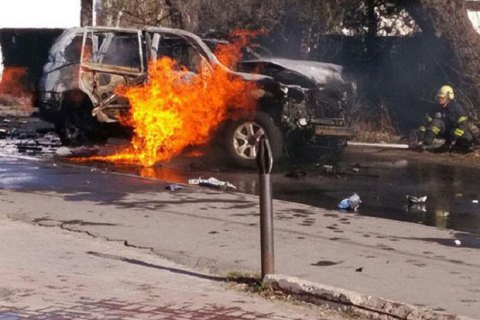 The suspected killer of Col Oleksandr Kharaberyush, the deputy counterintelligence chief of the Security Service of Ukraine (SBU) directorate in Donetsk Region, has been detained in Odesa, SBU chief Vasyl Hrytsak has said.

The colonel was killed in a car bombing in Mariupol in March 2017.

"The person suspected of committing a terrorist act has been detained in Odesa. She came to the city to receive a biometric passport. Yuliya Volodymyrivna Prasolova from Donetsk was paid 15,000 dollars for her job," Hrytsak said.

He added that Prasolova was involved with the so-called centre for special operations of the ministry of state security of the self-proclaimed separatist Donetsk people's republic (DPR).

"The centre is headed by Vasyl Viktorovych Yevdokymov," Hrytsak said.

The centre is allegedly financed by Russia.