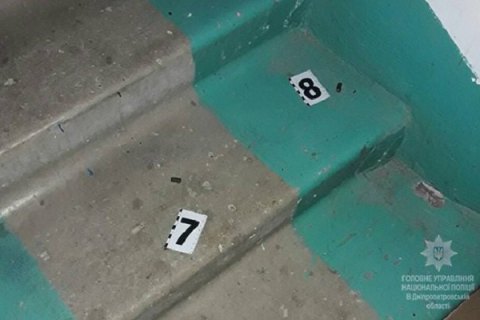 Five police officers were wounded in Dnipro's Samarskyy district in the early hours of 5 November when they were responding to a tipoff on an attempted burglary, the regional police reported on its website.

"Checking a burglary report, [police] faced resistance from the suspects. The latter used two grenades, preliminarily identified as F-1 and RGD-5, and firearms. Four officers sustained multiple shrapnel wounds as a result of a grenade explosion, a patrol policeman has a gutter wound of his arm," the local police said.

A manhunt operation is underway to arrest the attackers.

According to a later report, medics had to amputate a 40-year-old officer's foot, 112 Ukrayina TV said.