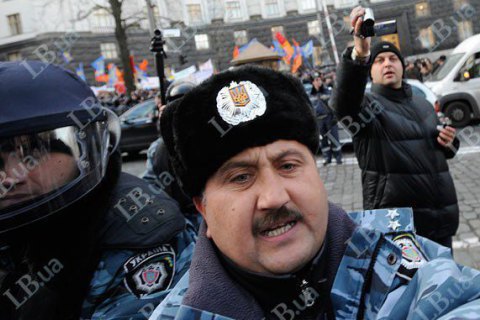 Russia has refused to extradite a former chief of the Kyiv riot police regiment Berkut, Serhiy Kusyuk, to Ukraine.

The head of the special investigations department of the Prosecutor-General's Office of Ukraine, Serhiy Horbatyuk, Kusyuk was granted Russian citizenship and Russia does not extradite its citizens on foreign requests.

Kusyuk was repeatedly in charge of crackdowns on peaceful rallies in Kyiv, including in the early hours of 30 November 2013. After the Revolution of Dignity, he fled to Crimea. In summer 2015, he was put on a wanted list on suspicion of preventing a rally and office abuse.

In the summer 2017, Russian media spotted Kusyuk on Russia Day in Moscow when he was commanding the Russian riot police OMON during a crackdown on protesters.