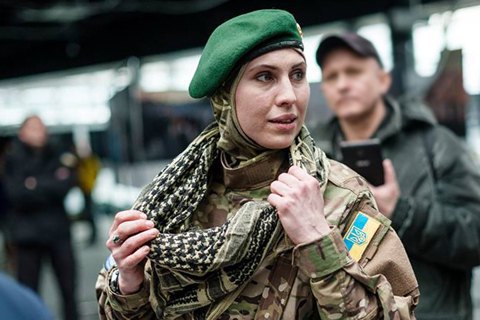 Police have found an automatic rifle from which a well-known veteran of the antiterrorist operation, Amina Okuyeva, was killed on 30 October, an aide to the interior minister, MP Anton Herashchenko, has told Pryamyy TV.

"Regarding the case of Amina Okuyeva's assassination: an automatic rifle from which the car was shot at was found in a field last week. It has a DNA of the person who used it, the killer. This DNA is being analysed by forensic experts, police. They will identify the owner of the DNA and when we have a suspect, we will be able to compare them to be absolutely sure whether the person in question killed Amina," he said.