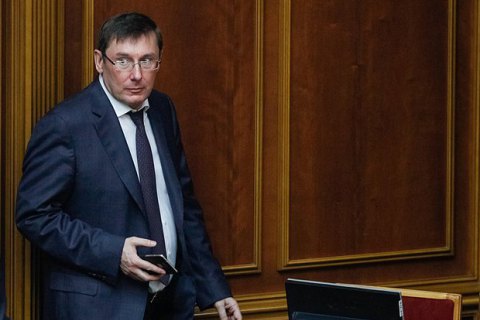 The National Anticorruption Bureau of Ukraine (NABU) has opened a criminal case over possible illegal enrichment by Prosecutor-General, NABU spokesperson Svitlana Olifira told Ukrainian News. She said the investigation was launched on 30 October under Article 368-2 Part 3 of the Criminal Code.

A fugitive deputy prosecutor-general, Renat Kuzmin, earlier said on Facebook that the case was initiated based on his report and attached the NABU's response to his post.

Later in the day, Lutsenko denied the allegations of illegal enrichment.

As reported yesterday, the Prosecutor-General's Office opened a criminal case against NABU director Artem Sytnyk after an MP said that Sytnyk disclosed information from a pre-trial investigation.