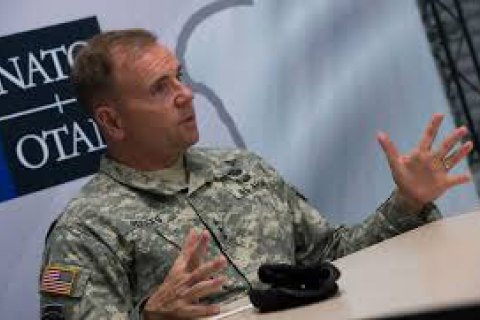 The commander of US forces in Europe, Ben Hodges said that the only way to prevent a new Russian invasion of Ukraine is to demonstrate preparedness to such a scenario so everyone realize that Ukraine is capable of resisting.

In an interview with Evroreyska Pravda given during the Lviv Security Forum Hodges said he did not believe in the possibility of Russia's full-scale invasion to Ukraine.

"And the way that makes it less real is obvious: you must demonstrate your readiness for such a scenario. Everyone should realize that Ukraine is capable of resistance, that you can also conduct reconnaissance."

"In fact, this is the deterrent strategy professed by NATO: to have the ability and demonstrate it. I am confident that the Ukrainian leadership and security structures share this approach," he said.

"Although, of course, I want to emphasize that Russia should also be responsible for lowering the temperature," said the commander of US forces in Europe.

In late November, the deputy head of the Security Service of Ukraine (SBU) Viktor Kononenko said that the main threat today is Russia undermining the situation from within Ukraine.