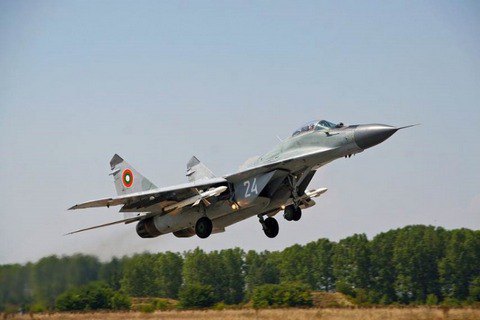 Bulgaria in connection with the complaint of Ukrainian defence concern Ukroboronprom had to freeze a four-year contract with Russia to repair 15 MiG-29 aircraft, Bulgarian Defence Ministry said on 20 December.

The Bulgarian ministry has concluded a direct a 50-mn dollar contract with the Russian corporation MiG as the manufacturer of these fighters.

"To ensure the maintenance of 15 MiG-29 fighters worth 82 mn leva, the Bulgarian Ministry of Defence chose the procedure for direct negotiations with Russian MiG company since MiG is the only company that has the license, produces original spare parts and is capable of carrying out repairs and extend the life of the MiG-29 fighters," the ministry in a statement.

In the meantime, the Ukrainian defence concern considered the contract bypassing an iternational tender was in violation of competition rules and filed a complaint with the Bulgarian Commission for the Protection of Competition.

The deal will now be postponed for three or four months, and the money will be returned to the Bulgarian budget. Bulgarian Defence Ministry believes that the sole purpose of Ukroboronprom's was to block the deal.