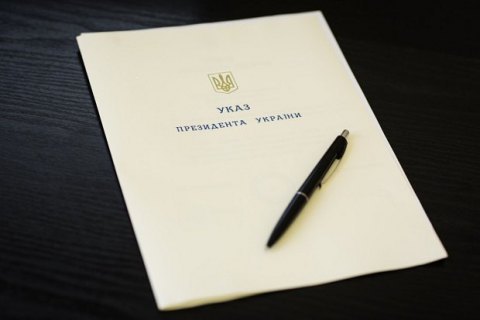 President Petro Poroshenko has appointed Serhiy Holovatyy and Vasyl Lemak judges of the Constitutional Court under his quota.

Holovatyy was the justice minister under President Leonid Kuchma in 1995-1997 and under President Viktor Yushchenko in 2005-2006. He was a member of the Ukrainian parliament from the second to six convocations, representing Yuliya Tymoshenko's Bloc, the Our Ukraine bloc and the Party of Regions.

Holovatyy was recently elected the vice-president of a subcommission of the Venice Commission.

Vasyl Lemak has been in charge of the board of state and law theory and history at the National University in Uzhhorod since 2004.

Two remaining vacancies in the Constitutional Court are to be filled by parliament.

Stanislav Shevchuk was elected the head of the Constitutional Court on 21 February.