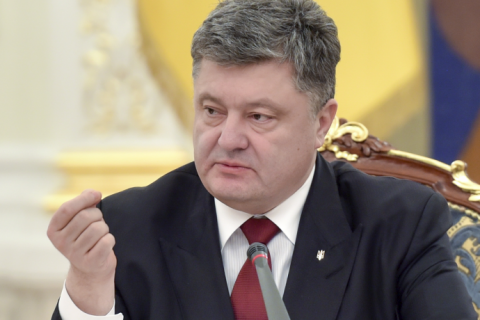 The law on the Supreme Anticorruption Court should be finally adopted in the spring, Ukrainian President Petro Poroshenko has said, according to Interfax-Ukraine.

"I think that the law should be finally adopted in the spring. By the way, it has already come," the president said at a meeting of the National Security and Defence Council in Kyiv on 1 March.

He recalled that the Ukrainian parliament gave the first reading to the bill earlier on 1 March. Under the parliamentary procedures, preparing the bill for the second reading takes two weeks.

"Then there should be a meaningful discussion of the provisions which caused the most discussions. And I declare that discussions are necessary, that careful consideration is also required... But I would like to immediately say the following: I will not let the project be started with a meaningless rhetoric or spelling corrections. I don't want the bill to be stalled before it is put to vote," Poroshenko said.