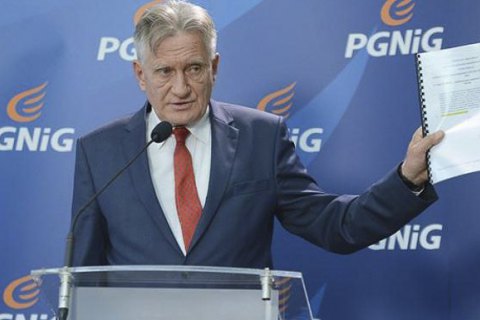 The Ukrainian oil and gas company Naftogaz Ukrayiny and Poland’s PGNiG have signed a contract for urgent gas supplies following Russian Gazprom’s decision yesterday to refuse to supply gas to Ukraine a day after Naftohaz won the case against it in the Stockholm arbitration.

"The contract with PGNiG is effective until the end of March 2018. The contracted volume totals over 60m cu.m. The delivery started today at 6 a.m. through Hermanowice node that connects Polish and Ukrainian gas transport systems," the Polish company said on its website.

"Thanks to our Polish partners, yet another attempt of Moscow to use gas as a political weapon against Ukraine has failed. I hope that the EU and governments of the relevant member states will consider this case when making their final decision on Nord Stream 2," it quoted Naftogaz CEO Andriy Kobolyev as saying.

Piotr Woźniak, president of PGNiG Management Board, said: "We are prepared to increase the volume of deliveries or extend the effective term of the contract, depending on Ukrainian market demand".

Ukraine introduced a five-day nationwide action plan to limit gas consumption as of 2 March. Generating companies will switch from gas to boiler oil, schools and kindergartens will go on holidays.