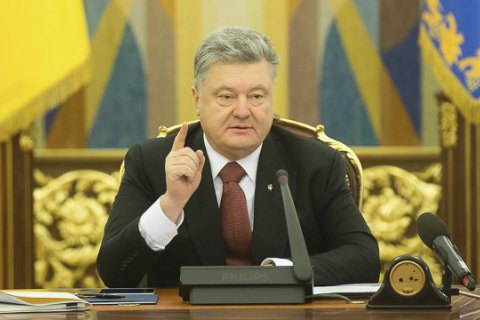 President Petro Poroshenko has instructed the Security Service of Ukraine (SBU) to investigate the case of Officer Corps NGO head Volodymyr Ruban, who was stopped on 8 March when he was reportedly smuggling weapons from a separatist-controlled area.Poroshenko had a meeting on the case with SBU chief Vasyl Hrytsak.

"I order Gen Hrytsak to personally oversee the investigation into this case. I want to stress that we are talking not about the transporter [Ruban was driving the car in which the arms from the separatist areas was found - Ed.]. You will get an absolutely irrefutable proof of what large-scale terror acts were being plotted and what network was being used for this," he said.

"There was one goal, which is to destabilise society through large-scale terror acts. And the evidence, at least what the SBU head told me, is irrefutable," he said.

Ruban is suspected of plotting an attack on President Poroshenko, heads of law-enforcement agencies and government officials.