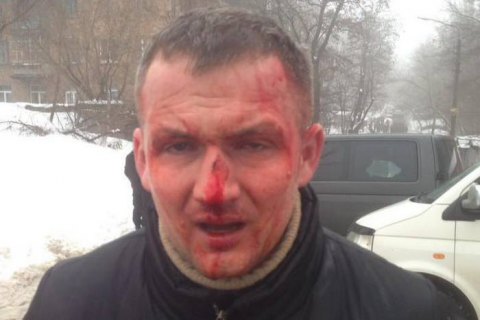 The incident took place in 25-27, Polovetska Street where local residents protested against yet another development project which they say puts their property at risk. The land plot where local residents' garages are located was handed over to the Tajik trade representative office which wanted to build a high rise here.

Kutnyak said Levchenko was beaten by "hired heavies from the city landscape service".

Levchenko was rushed to hospital for examination.

Later in the day, an LB.ua correspondent reported that local residents and activists had detained five people allegedly involved in the scuffles. They were handed over to police.

The National Police said on Facebook that neither Levchenko nor Kutnyak filed an official report. Police also noted that the scuffles broke out after the deputies tried to hurl a petrol bomb.