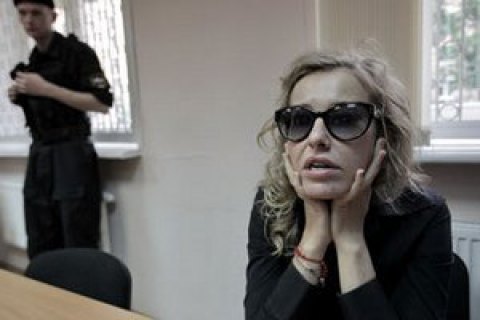 Russian presidential candidate Kseniya Sobchak has been added to the Ukrainian database of undesirable people, Myrotvorets, UNIAN has reported quoting the website's sources.

According to Myrotvorets, she was put on the list because of the "intentional violation of the state border of Ukraine in order to enter Russia-occupied Crimea" and information manipulation "aimed at political dividends".

Myrotvorets added that only one Russian presidential candidate, Grigoriy Yavlinskiy, is not in the database.

As reported earlier, the State Border Service is checking reports that Russian national Kseniya Sobchak illegally visited Crimea. Sobchak may be banned from entering Ukraine over her previous visits to occupied Crimea.

On 6 March, Sobchak said that she had sent a letter to the Ukrainian embassy in Russia asking for permission to visit Crimea ahead of the presidential election. The embassy denied receiving any letter from her.

Ukrainian Foreign Minister Pavlo Klimkin described Sobchak's request to visit Crimea as schizophrenic. He suggested that she should talk to Crimean Tatars in Kyiv.