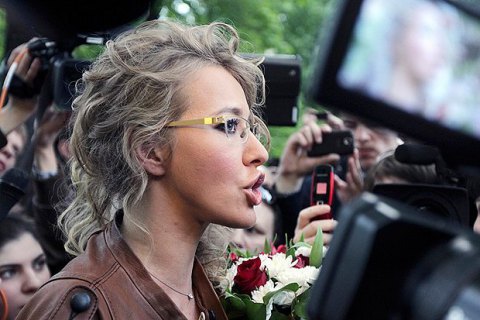 Russian presidential candidate Kseniya Sobchak has asked the Ukrainian embassy for a permit to visit Crimea. She said this in an interview on the Ekho Moskvy radio station.

"I have already sent a letter – we are now waiting for the reply – to the Ukrainian embassy. If I go to Crimea, then only via Ukrainian territory. I think this is the right thing to do," she said when asked whether she was going to campaign in Crimea.

"If I am allowed to enter from the territory of Ukraine, I will go there," she added.

Asked whether she considers Crimeans to be Russian voters, she said she was going to visit "people who live there".

"They are very different. I'm going there in particular to talk to Crimean Tatars who are very unhappy about the current situation in many ways. There will be people to talk to," she said.

Sobchak earlier said that Crimea belonged to Ukraine "as far as international law is concerned".

In February, she suggested an international referendum should be held to determine Crimea's allegiance.

The only legal option for foreigners willing to visit Crimea is by seeking Ukraine's permission first.