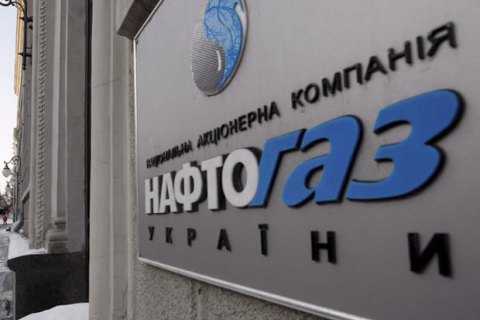 The commercial director of Naftogaz Group, Yuriy Vitrenko, has described Russian Gazprom's conditions for the dissolution of contracts unacceptable, but added that the company was ready for constructive negotiations.

"That explanation and the proposals they make for the revision of contracts, and even the terms of termination, seem unacceptable to us," he said at a briefing on 5 March.

At the same time, Vitrenko added that the gas contracts have no option for their immediate termination. What is more, they do not even allow Gazprom to apply immediately to the Stockholm arbitration. Judicial proceedings must be preceded by negotiations.

"According to our contracts, and Gazprom refers to the relevant provisions of contracts, there is a certain procedure that the parties must observe until they can actually apply to arbitration. Under the gas supply contract, there are 30 days during which the parties must try to reach an agreement. And only after they fail to do so, one of the parties has the right to appeal to arbitration. Under the gas transit contract, 45 days is reserved for this procedure takes," Vitrenko said.

He added that Naftogaz is ready to hold civilised negotiations with Gazprom, but will not agree to enslaving conditions.

"Our position is simple: we want to bring all our relations with Gazprom to the maximum possible conformity to European norms and rules. Therefore, we are ready to negotiate with Gazprom, and if the talks are unsuccessful, we are ready for a new arbitration, for example, regarding the revision of the tariff. Because we believe that the tariff for transit can be changed and can be brought to greater compliance with European norms and rules. Also, we can participate in negotiations on the application of the Ukrainian energy legislation, because, unfortunately, the transport of gas for Gazprom across the territory of Ukraine does not meet the requirements of Ukrainian legislation because they changed significantly in 2016," Vitrenko said.

Later Gazprom said that it was not talking about an urgent termination of the transit contract. This would require a litigation in the Stockholm arbitration.

The gas supply and transit contracts between Ukraine and Russia are valid until the end of 2019.