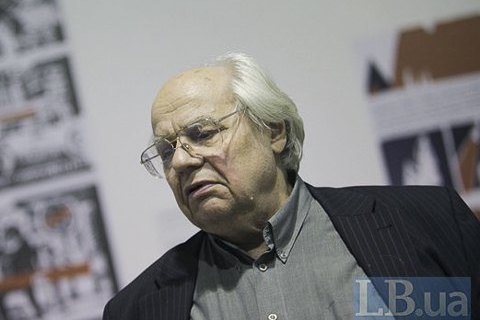 Prominent Ukrainian poet Ivan Drach, one of the so-called Sixtiers, died on 19 June, parliament speaker Andriy Parubiy has announced. He was 81.

"I must make an announcement. Ivan Fedorovych Drach, a poet, playwright, translator, public activist and statesman, a hero of Ukraine, passed away today," he said at the parliament session.

MPs observed a moment of silence for the late poet.

Drach allegedly died in a hospital due to a heavy illness.